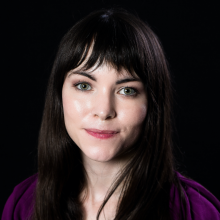 Yvonne Reddick is a poet and researcher. She is the recipient of a Leadership Fellowship from AHRC, for research on poetry of the Anthropocene. Her pamphlet Translating Mountains (Seren, 2017) won the Mslexia Magazine Pamphlet Competition and was selected as a favourite pamphlet of the year in the Times Literary Supplement. Her work appears in publications such as The Guardian, PN Review and The North. She has received a Northern Writer’s Award, a Hawthornden Fellowship and a place on the 2017-18 Jerwood/Arvon mentoring scheme. Her book Ted Hughes: Environmentalist and Ecopoet is published by Palgrave Macmillan.